The Arigna Wind Farm was one of the first developed by Ronan Renewables which sought to utilise the natural the assets of the north west coupled with in depth industry knowledge.

An area once know for its fossil burning coal mines is now best known for being a pioneer in the wind farm area. The site has an average elevation of 370m and wind speed of just over 8 meters/second. It lies approximately 20km south east of Sligo town and 5km south west of the village of Drumkeeran in Co. Leitrim in the Arigna area. The land is used for sheep grazing and turf cutting.

The project utilised four Vestas V52 machines and was commissioned in 2001. 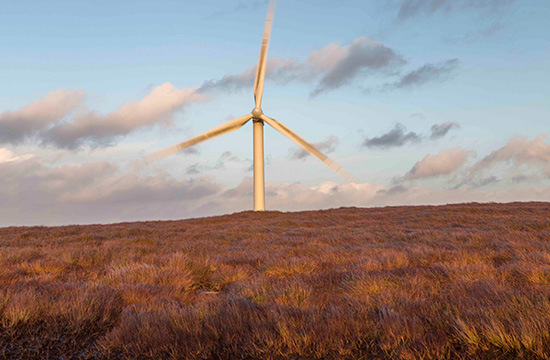